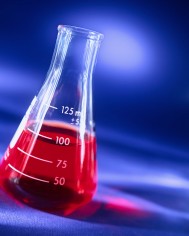 Over the coming months, I will present elements of the new EU Regulation 1223/2009 (Cosmetics Regulation) with a discussion of differences between the U.S. and E.U. rules.   This first installment pertains to prohibited substances and provides a glance at some recently enacted or pending legislation pertaining to chemicals.

The EU Cosmetics Directive (76/768/EEC) bans or restricts over 1,300 chemicals from use in cosmetics (listed in Annex II and III); at the federal level, the U.S. has banned or restricted only 11.  Earlier in 2014, the European Commission amended Annex II of the EU cosmetic Regulation to ban an additional five chemicals and changing the permitted concentrations of other specific substances. Per the amendment, October 30, 2014, marked the last day for which cosmetics containing the prohibited chemical substances could be introduced into the market in the EU.  All products already circulating in the market must then comply with the Annex II by July 30, 2015.

Specifically, the five parabens added to the amended Annex II of substances prohibited in cosmetic products are:

In addition, triclosan was restricted to a maximum concentration of 0.2% in mouthwashes, and 0.3% in other cosmetic products such as toothpastes, hand soaps, body soaps, shower gels, deodorants (non-spray), face powders and blemish concealers, as well as nail products for cleaning the fingernails and toenails before the application of artificial nail systems.  Furthermore, hydroxybenzoic acid and its salts and esters (other than the esters of isopropyl, isobutyl, phenyl, benzyl and pentyl) are limited to a maximum concentration of 0.4% as acid for a single ester in ready for use preparation and 0.8% as acid for mixtures of esters.

Despite what some consider a lag in the United State’s federal rules and regulations, a number of U.S. states are taking matters into their own hands and have either enacted or are in the process of considering rules banning or restricting certain chemicals in specific categories of products.

California’s Safe Cosmetics Act (SB 484): The Act requires companies that manufacture cosmetics to report any cosmetics products that contain ingredients known or suspected to cause cancer, birth defects, or other reproductive harm. The California Safe Cosmetics Program (CSCP) collects this data and makes it available to the public through this website.

There has also been serious debate and proposed legislation at the federal level looking to reform the 1976 federal Toxic Substances Control Act (TSCA), the U.S.’s primary statute regulating the manufacture, import, and use of chemicals in the U.S.

Take away… The regulatory landscape is changing. Quickly for some, not quickly enough for others.  One thing however is certain– failing to participate in the discussion or failing to stay apprised of the changes ahead can land cosmetic companies in costly legal hot water. In addition, with all this activity at the state level, it is becoming more and more difficult for companies to stay compliant.  With such an array of state laws, we are left waiting to see what reforms will occur at the federal level and to what extent courts will deem various state laws preempted by the Federal TSCA.

One thought on “Campaigns for Safer Cosmetics — A Glance at EU and U.S. Laws”